How War Profiteers Have Taken Over U.S. Foreign Policy -- A Reminder by Abby Martin @breakingtheset

USA Military Base Wherever You See a Flag. via @@soektsa 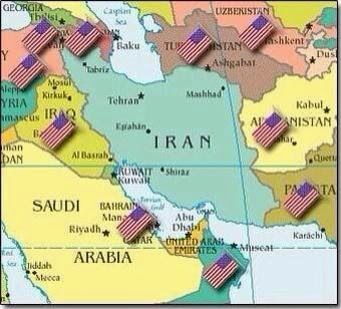 #BlackLivesMatter ‏@NuclearWynter  7m
Man, when people in Palestine were showing solidarity with #Ferguson I cried. I CRIED. Oppressed people supporting each other and helping.
Posted by LJansen at 6:33 PM 0 comments

He said: “The intelligence gathering about Palestinians is not clean. When you rule a population that does not have political rights, laws like we have, [then] the nature of this regime of ruling over people, especially when you do it for many years, [is that] it forces you to take control or infiltrate every aspect of their life.”
“D”, a 29-year-old captain who served for eight years, added: “[That] question is one of the messages that we feel it is very important to get across mostly to the Israeli public.
“That is a very common misconception about intelligence … when we were enlisting in the military [we thought] our job is going to be minimising violence, minimising loss of lives, and that made the moral side of it feel much easier.”
He added: “What the IDF does in the occupied territories is rule another people. One of the things you need to do is defend yourself from them, but you also need to oppress the population.
“You need to weaken the politics. You need to strengthen and deepen your control of Palestinian society so that the [Israeli] state can remain [there] in the long term. We can’t talk about specifics … [but] intelligence is used to apply pressure to people to make them cooperate with Israel.
“It’s important to say, the reason I decided to refuse – and I decided to refuse long before the recent [Gaza] operation. It was when I realised that what I was doing was the same job that the intelligence services of every undemocratic regime are doing.
“This realisation was what made me [realise] personally that I’m part of this large mechanism that is trying to defend or perpetuate its presence in the occupied territories.”
The last major refusenik episode in Israel to grab the public’s attention was in 2002 when 27 reserve pilots published a letter refusing to fly assassination sorties over Gaza after 14 civilians, including children, were killed alongside Salah Shehade, the leader of Hamas’s military wing, in a bombing.
Nadav made a reference to the killing – and the outcry that surrounded it. “When you look at what happened this summer, when building after building were destroyed and the inhabitants and hundreds of innocent people were killed and no one raised an eyebrow, as opposed to just one decade ago when the killing of a family of a commander of Hamas shocked people. It was a huge story in Israel.”

for more info on Urban Shield, go to this Daily Kos article (where I found the above video):  http://www.dailykos.com/story/2014/09/02/1326402/-From-the-Folks-Who-Brought-you-Ferguson-Urban-Shield-Arrives-in-Oakland-CA
Posted by LJansen at 11:28 AM 0 comments

Does David Cameron Secretly Like ISIS? Russell Brand on The Trews--Refreshingly Trew! @rustyrockets

If you can watch this without crying, you have more intestinal fortitude than I do.