From the Eloquent Mr. Fish 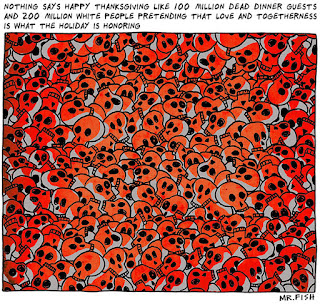 As US Fuels War Crimes in Yemen, House Says US Involvement is Unauthorized [Still A Chance to Stop This War, Says Mark Weisbrot]

What is the state of the Israel-UK relationship? -- [Regarding the UK Commemoration of Balfour Declaration]

https://youtu.be/G3OuoQvHUvQ
Posted by LJansen at 9:31 AM 0 comments

Balfour Declaration – Palestinians Determined to Own Their History -- Marion Kawas

When I first met Palestinian refugees in camps across Lebanon in the 1970s, both in the south and around Beirut, I was surprised at the frequency with which I heard sentiments such as,
“Yes, we are well aware of how Israel and the US are working to dispossess our people, but we ultimately hold Britain responsible for the colonization of Palestine and the resulting ethnic cleansing and continuing Nakba.”

Here we are, 100 years on, in the supposedly enlightened 21st century, and the crude racism of colonialist exploits is still being heralded. Palestine was “a desert, a mosquito-infested swamp”, Palestinians needed to be “civilized”, and as the League of Nations covenant in 1919 noted about countries like Palestine, they “are inhabited by people not yet able to stand by themselves under the  strenuous conditions of the modern world.”

Such racism was standard for the era, let’s not forget Winston Churchill’s comments on Palestine to the 1937 Peel Commission.

Even in Canada, the late Prime Minister Mackenzie King “was effusive with praise for Zionism when he addressed the Ottawa convention of the Zionist Federation of Canada on 4 July 1922…he applauded Britain efforts (Balfour Declaration) in aid of the Zionist cause.”

But to celebrate such obscenities in this day and age, attached to the supremacist notion that you can guarantee a land you don’t own to another not even living there and completely bypass the rights of the indigenous people who have lived there for generations! What an outrage!

As Gideon Levy noted in a recent opinion piece in the Israeli newspaper Haaretz:

“There was never anything like it: an empire promising a land that it had not yet conquered to a people not living there, without asking the inhabitants”.

However, the window for such policies is quickly closing. History is on the side of the Palestinians, and support for the Palestinian cause is growing world-wide.

May, Netanyahu, and all others who blindly carry on as if the world is still living in the colonial racism of 100 years ago should take note:

And they are done with false peace plans that act as a cover for further dispossession and false leaders that are only advancing themselves.

And they will hold accountable all those who initiated, supported and continue to perpetuate and give cover for the Zionist settler-colonialist project.

– Marion Kawas is Chairperson of the Canada Palestine Association and co-host of Voice of Palestine. He contributed this article to PalestineChronicle.com. Visit: www.cpavancouver.org.
Posted by LJansen at 9:31 PM 0 comments

Dick Gregory [Live at Harvard Stadium/Amandla Festival]--[Me: Admit We Don't Care Enough Unless We DO SOMETHING ABOUT IT]

VIA JEFFREY ST. CLAIR ON FACEBOOK
Posted by LJansen at 11:59 AM 0 comments

Empire Files: Trump Expands Police-State Crackdown on the Left -- DEMS??? What Do They Think??? CRICKETS.